Welcome to Cudlobe Angus West – three generations of the Bolduc family live, work together, play and grow here. David began building the framework of what would become Cudlobe Angus West in 1979 with his late wife, Margaret. Their herd was built on quality genetics and the business has stood the test of time with careful attention to genetic selection, functionality and outstanding customer service. Dave has expanded his own knowledge and shared his expertise in other segments of the industry in recent years as his son, Mat, has taken on more and more of the day to day management. Mat and his wife, Addy, are privileged to be raising their kids, Merrit, Karis, and Newton, at the main yard where they can be surrounded by everyday farm life. 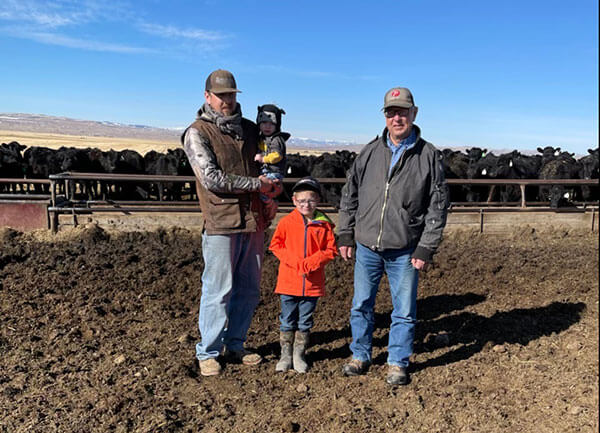 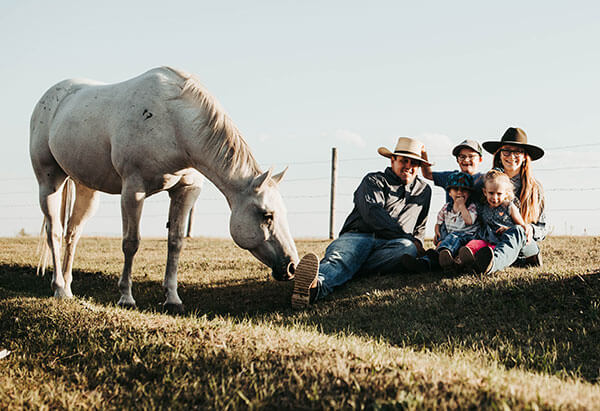 As producers, we know that today’s consumer calls for quality beef product like never before. In an increasingly diverse meat market, the majority of the North American beef industry has moved towards a top-quality product that other protein sources cannot hope to compete with. As such, it is essential to us that we stay at the forefront of the industry by constantly increasing our cow herd’s genetic potential through optimal mating selection. Our goal is that the progeny of customers’ herds will succeed at all levels of the beef value chain. We breed our Angus bulls to be genetic powerhouses that are bred to enhance your herd’s performance, no matter the environment. Despite our cow herd’s registered status, we expect our girls to rear high performing calves and maintain moderate body condition while subsisting on predominantly native grass pastures in the summer and straw bunches in the winter months leading up to calving. The real-world conditions that our cows flourish in, gives us confidence that our bulls and their progeny will flourish for you. 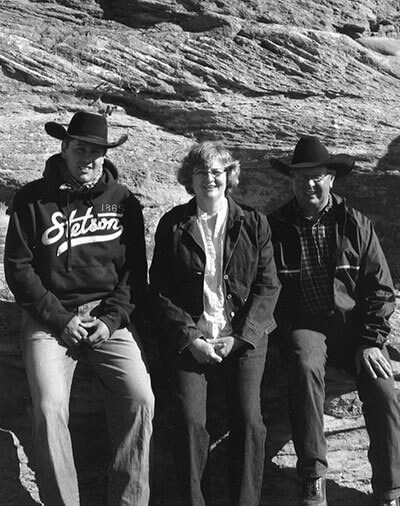 In the 1950s Floyd Bolduc and his wife, Alice (nee Swift) had the idea to call their farm "Cudlobe"; Bolduc spelled backwards. Purebred cattle were not a new endeavor for the family, as the Swifts began raising seedstock Shorthorns in the 1890s. Floyd and Alice’s two sons, Dyce and David, began raising the first Cudlobe prefix cattle that were Angus in the late 1960s. The two brothers had many accomplishments with their new breed as awarded in the show ring.

After high school, David attended the University of Lethbridge before going on to complete a Bachelor of Animal Science in 1976 at the University of Alberta. Much of Dave's study focused on feed efficiency trials that were under way at the time.

His degree reinforced the idea of evaluating all cattle on an even playing field without bias; seeing their strengths and flaws. David met fellow student, Margaret Lencucha at U of A while she was studying to become a pharmacist. They married in November 1978, and Margaret began working as pharmacist in Claresholm. During the week, Dave worked from Sangudo, in northern Alberta, as the District Agriculturalist and commuted home for the weekend. After several years, Dave gave up his D.A. job to live at home and farm full time with his dad and brother. Dave and Marg were finally able to buy what is now Cudlobe Angus West in 1985 and move their growing herd west of the home place. Margaret and David were active in community through the local curling club, as well as volunteering for 4-H and the school board. Their involvement in the Angus community and associations has never wavered; Margaret through her years of being the secretary for the Southern Alberta Angus Club and David through his years of service on the Alberta and Canadian Angus Association boards. 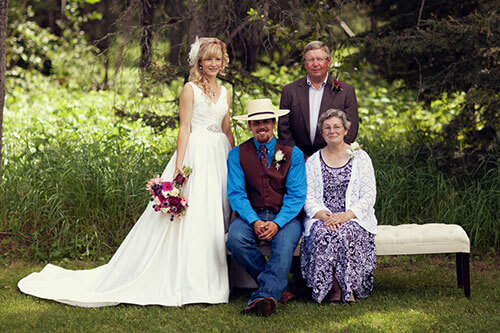 In 1988, their son, Mathew, was born. Through the years, he was heavily involved in the Alberta 4-H Program and many sports, especially hockey. As both an Alberta Junior Angus Association and Canadian Junior Angus Association Member, Mat made many friends that would in time grow into industry connections. He went on to be a Board member of both the Alberta and Canadian Junior associations. His time and hard work in 4-H program also afforded him an ambassadorship with Alberta 4-H in 2006. 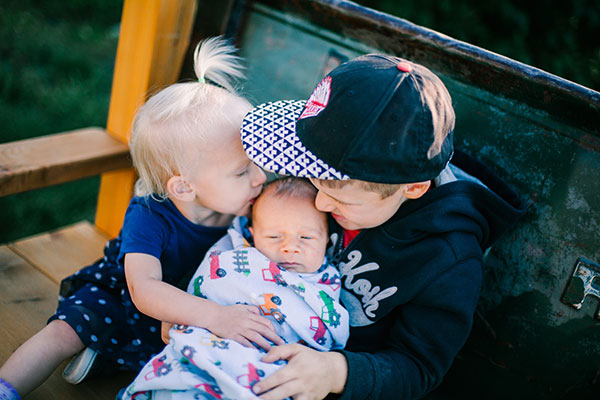 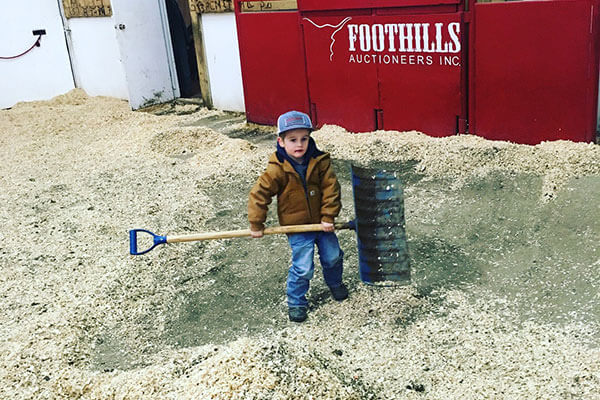 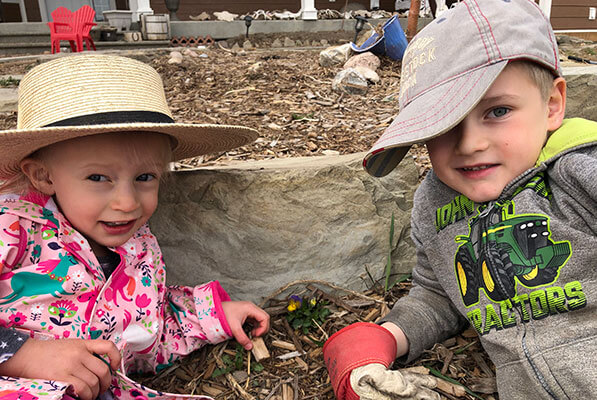 Mat met Addy at the Alberta 4-H Provincial Multi-Judging Competition in 2006 shortly after high school graduation. Mat attended Olds College while Addy began her university studies at Red Deer College. In 2010, Mat graduated with a Diploma in Livestock Management. Mat returned home to the ranch to grow his herd and land base alongside Dave & Marg, while Addy continued her studies at the University of Calgary. During this time, Dave was elected to the Canadian Angus Association Board and eventually became President in 2012. In July 2012, Mat and Addy were married.   Mat had taken over much of the day to day planning and work and Addy brought her work ethic and experience in a feedlot setting to the operation. Addy graduated from the University of Calgary with a Bachelor of Science with a Biology major in 2013 and is currently pursuing further studies.

Marg passed away in 2014 several months after becoming Grandma; her quiet confidence is ever missed. As a family we are proud of our business’ story and we invite you to be a part of it. We always look forward to visiting with potential, new and long time customers. Our reputation depends on your satisfaction!

Check out our event page for more up to date information about the Cudlobe ‘Real Bulls for Real Cowboys’ Sale held each December, Commercial Replacement Heifer Sales and Private Treaty Bulls for sale in the spring.